The Green Bean Players is a troupe of adult actors who specialize in plays and theatrical experiences for young audiences. They are a part of The Green Room Community Theatre in Newton where they bring stories to life on the stages there as well as throughout the community and region. Mostly focusing on bringing new life to classic fairy tales, folk stories, and fables, over the past 20 years, the troupe has produced many plays including The Commedia Cinderella, Caperucita Roja, Jack and the Spaceship Beanstalk, and The Frog Prince. Every year The Green Bean Players also produce an original environmental play as well as Carolina Spook Tales featuring creepy stories from North and South Carolina. Most summers The Green Bean Players hit the road and tour libraries throughout western North Carolina!

Check back here to see what stories they have up their sleeves and if they are traveling to a library close to you! 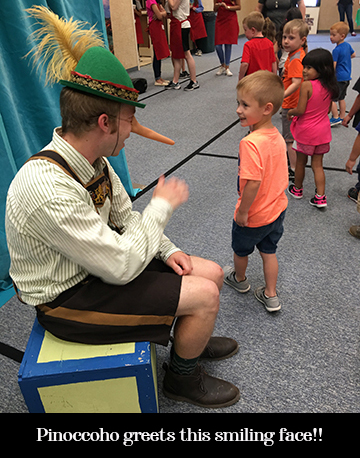 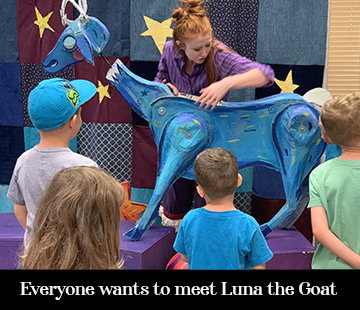